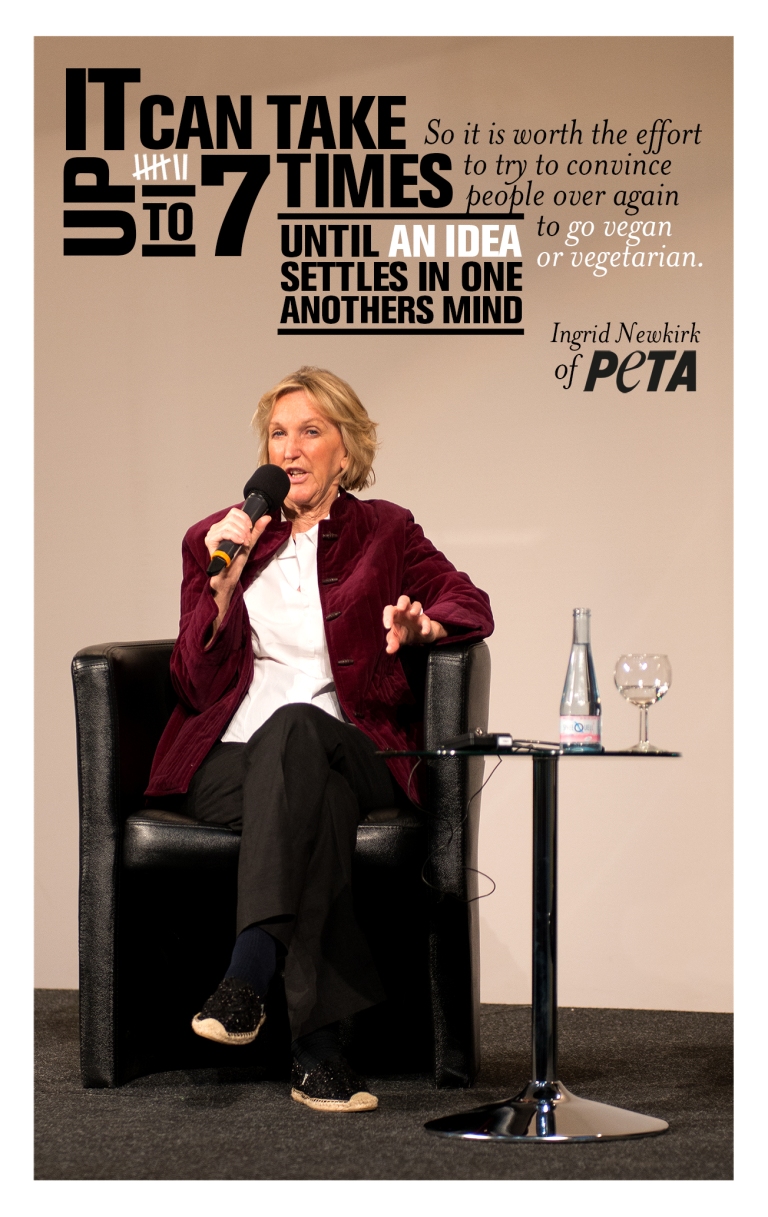 During the 20-years-celebration of PETA Germany on November the 15th, PETA-Founder Ingrid Newkirk told the audience about the impact of getting on and on in convincing others to change their minds. This was during the Q&A that followed her speech on PETAs work and successes during the last years. Her strength was most impressing, as she felt sick after a journey coming from India to Berlin. Nevertheless she took the challenge to speak to us. Her will should teach us to stand up against cruelty to animals. And that it does matter to spread the idea of becoming vegan/vegetarian as often as we can. Just imagine that you are the sixth or seventh one to talk to someone about it! : )